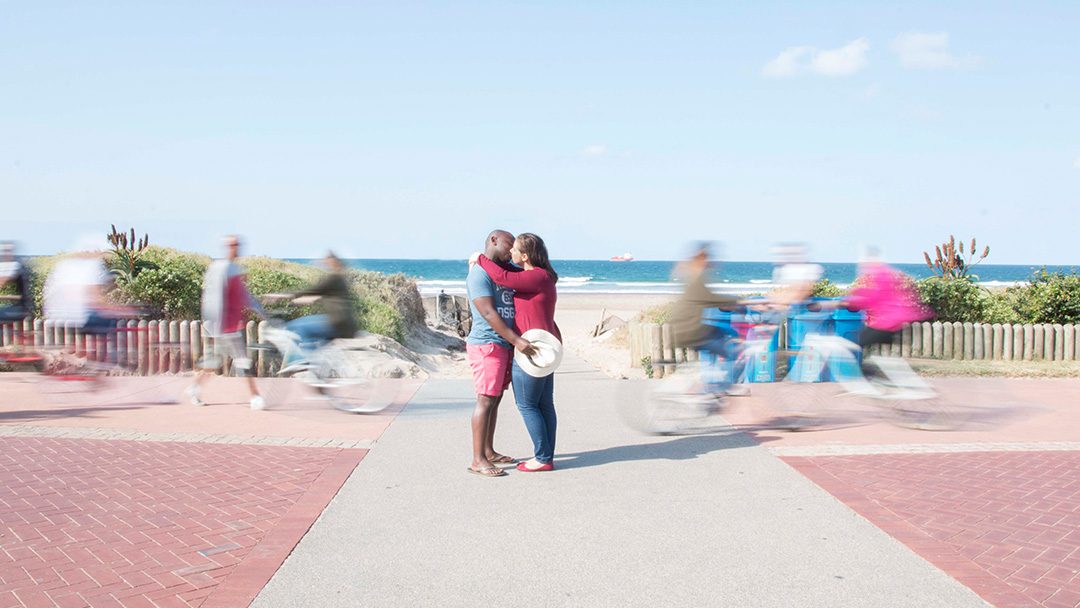 Everyone has a love story or knows of a love story that has touched the depth of their souls. Photographing weddings, I see beautiful love and experience all types of love, but none as beautiful and moving as the love of Brian and Lauren.

I first met Lauren and Brian at the Pietermaritzburg Bridal Show. She is bubbly and gorgeous and sees her man as imperfect perfection. Brian has eyes for no other woman. He is her knight in shining armour and protector.

However their story did not start with a look and there we go, they were in love. Their love has developed over years.

Lauren and Brian were neighbours since they were 9 years old. They quickly became best friends while running around with all the other neighbourhood children, playing cops and robbers and riding bikes. They literally stayed out till the street lights came on.

At age 13, they decided to be “boyfriend and girlfriend” after a peck on the cheek. They remained high school sweethearts right through to matric.
In their matric year, Brian moved out of the neighbourhood and they decided to end their high school romance and date other people.
This was easier said than done because they so badly wanted to remain best friends.

They both went to University and dated other people at the suggestion of Brian. He encouraged Lauren to meet other men and experience life. The amusing part was even though Brian was encouraging her, he was so sad to watch her and not have her being apart of his life.
It soon became clear that Lauren was unable to be apart from Brian. They were obviously meant for each other.

Lauren and Brian had kept their relationship a secret their entire life, as Brian is a Zulu man and Lauren is an English girl.

Their love is courageous and beautiful and pure.

I was honoured to be there the day that Brian got on his knees, on the Durban Promenade and asked Lauren to marry him. With tears in her eyes, she said yes.

And as I read the words I wrote here, I have a lump in my throat, because their relationship proves to me that our world is awesome and the cliché that anything is possible, is so very true.